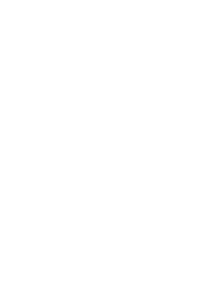 All eyes were on UKK when the SVT programme, "Antikrundan" (Antiques Roadshow) came to Uppsala in August 2015 and a disliked brass egg turned out to be worth half a million crowns!<br />

“Antiques Roadshow” is a long-running show on SVT and one of the most popular television programmes in the country with an average of 1.8 million viewers.  In other words, all eyes were on UKK when the show came to Uppsala in August 2015.

“Of course, we knew beforehand that Uppsala had been chosen as one of the roadshow stops,” says UKK project manager, Lollo.  “We collaborated with Destination Uppsala on this, along with the SVT production company. Destination Uppsala contributed by hiring the venue, so it was an event for the city. There was a lot of press, a lot of goodwill and a fantastic event in town!” 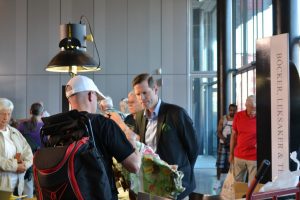 In Hall D, the largest of the event venues at UKK, stations were built for viewing, assessment, filming, make-up, catering and other needs. The rig was managed the day before by UKK staff along with 40 or so SVT employees.Heavy items were picked up by their owners and transported to the temporary TV studio.

“Of course, we were here all day working  on the Friday and there was a lot of really valuable items that were to be kept here, so things were pretty tense,” says Lollo. Imagine if something happened during the night. Things were being stored here.  So, later on that Friday night, I was on my way home and I took a walk around the building to check the situation and bumped into both the production manager, Tomas and and programme managers Anne and Pernilla outside here – they were out doing the exact same thing!

We were laughing about the fact that here we were outside at 11:00 p.m. on a Friday night to make sure everything was OK – and of course, it was. Naturally we had security guards on patrol too.”

“I went out with sun umbrellas as people were almost fainting”

On the morning of 22 August the hopeful residents of Uppsala started to gather on Vaksala Square to get heirlooms and other items valued. At  6:00 a.m there were already people there, despite the fact that no one would be let in to the premises before 12:00 p.m.

“Naturally, we were worried about the weather but it turned out to be an absolutely fantastic sunny day! And at the same time there was a market here outside on Vaksala Square, so there was a great atmosphere to wait in.  My sales contribution was to go out with sun umbrellas as people were almost fainting.  And we also set up refreshments and ice cream outside the door. That wasn’t planned, so there was a bit of improvisation. We also offered coffee to those who first arrived in the morning.”

Around 1,000 people turned up to participate and despite the challenges faced around entry and exit through the various stations in association with a big TV recording, Lollo remembers the day as a breath of fresh air. Recording finished at 6:00 p.m. and by 9:00 p.m. the whole production had been packed down and on its way to the next stop.

“It was a really professional production. It was an easy job. These events can be very different, but this one was a pure joy. We would have done it earlier if they had asked! The production team was also used to being on location at really simple sites, like old barns and similar. They  really liked the extremely great service and back-up here and the fact that the venue was so well suited and appropriate for the purpose. Plus, the fact that we have this area out towards the square.”

The festive mood lasted the whole day and also threw up a real surprise: A small, disliked brass egg that had been won by the mother of one of the show participants in an art lottery in the 1970s and which was there by sheer coincidence, turned out to be a unique find – signed by the Italian Lucio Fontana and valued at half a million Swedish crowns by one of the Antiques Roadshow experts, who called it ”a global sensation ”!