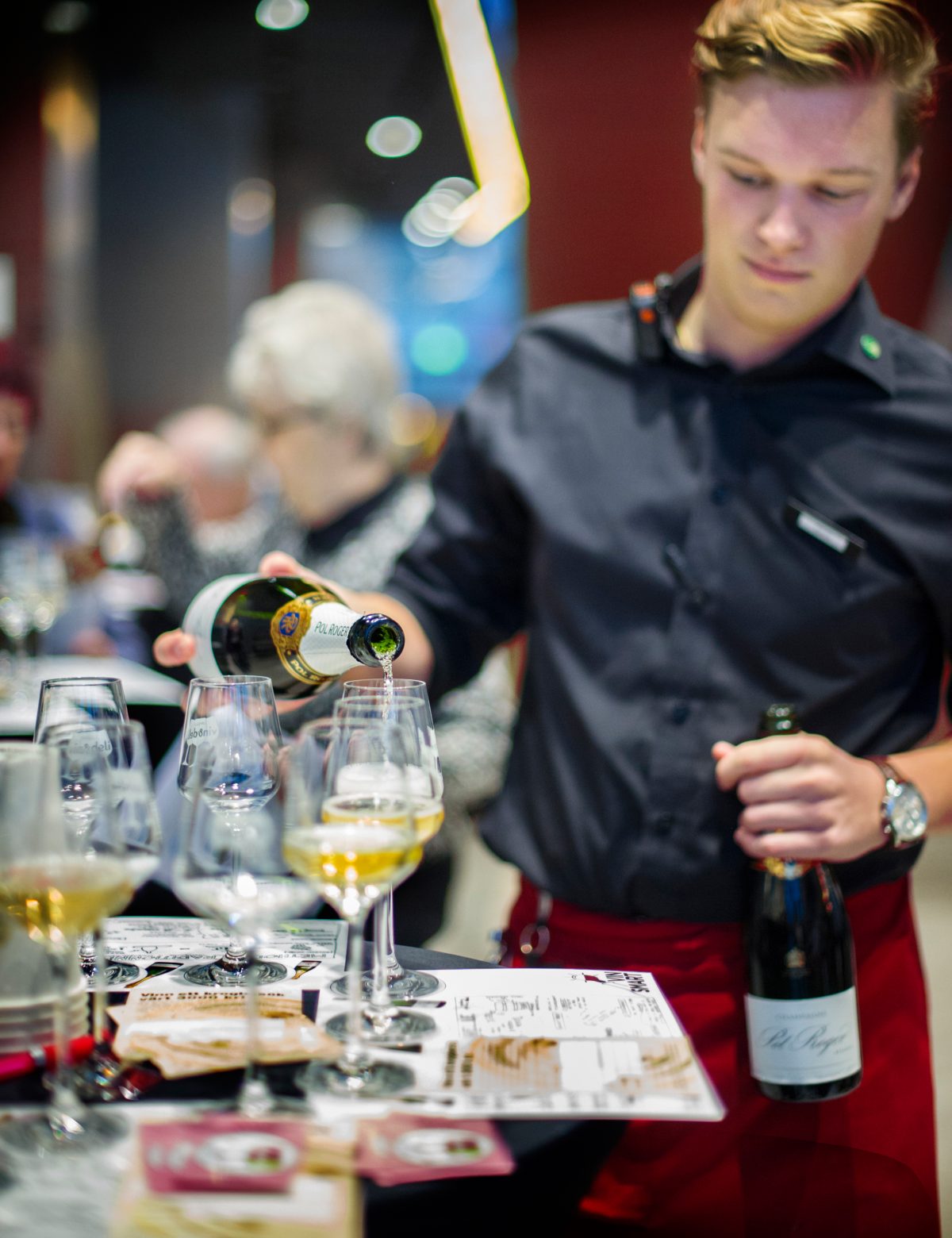 Premiere of Wine & Deli in Uppsala

The first Wine & Deli fair for Uppsala was unveiled at Uppsala Konsert & Kongress in autumn 2016. With a steadily increasing interest in food and drink in the dynamic and growing Uppsala region, event organiser Svenska Dryckesmässor saw great conditions in Uppsala.

“They started in 2008 and now hold Wine & Deli fairs in Västerås and Linköping and both Wine & Deli and a big whiskey fair in Gothenburg.  In Uppsala there is already a Beer & Whiskey festival at Fyrishov. But they discovered something was missing in Uppsala with regard to Wine & Deli,” says UKK project manager, Cissi.

One weekend in the middle of November it was time for both local and nationwide wine suppliers to gather at Uppsala Konsert & Kongress along with vendors of fine cheeses, chocolates and other deli delights.  This year the focus was on sparkling wines and tastings, with open lectures and seminars waiting for around 2,000 visitors.

“The target audience is 35-50 year olds but also a little older. The interest is naturally broad and the trend is moving towards looking at increasingly expensive wines.  You can see it in the statistics from the government liquor retail chain, Systembolaget. And also the fact that we are choosing to learn more about wine. It is now established, which is why wine is featured at this educational seminar. Visitors can taste the wines, hear about how they are produced, how they are compiled, how they’ve been grown, information about the grapes and the whole process. Other seminars were more targeted on how to combine food and drink.

But the timing could have been better. Only one week before a big food and drink fair was held in Stockholm, which put pressure on supplier logistics, as well as resulting lower than expected visitor numbers.

“Unfortunately, we felt as if we had been really affected by it,” says Cissi. “Of course, we knew the fair was on in Stockholm, but we didn’t think it would have as big an impact as much as it did. There hasn’t been anything similar in Uppsala before and now we’ve prepared a three-year plan. The annual fair that was also to have been held in November has been moved to May 2018 and then again in May 2019.  It was a good response, really satisfied visitors and we’ve received a lot of great comments on the exhibition itself and how it was presented – that it was spacious and airy, that there was room to stand and talk and that the flow worked really well. And visitors also thought the displays looked good and it was perceived as a lavish event.

None of the visitors noticed that the entrance door suffered a mechanical failure on this weekend and wouldn’t close, but staff welcomed the guests in from the November chill – which is yet another good reason to move the fair to spring.

“We were a bit unlucky with the external door malfunctioning that weekend, which was unfortunately a real challenge. It was also challenging in terms of occupation and vacation, as a large clergy conference was to be held shortly afterwards,” says Cissi. “The fair was over at 10:00 p.m. and we immediately stumbled home so that we could be in again early the next morning to be able to open for the church that had rented the whole building – as well as having to erect a lectern in Hall D.”